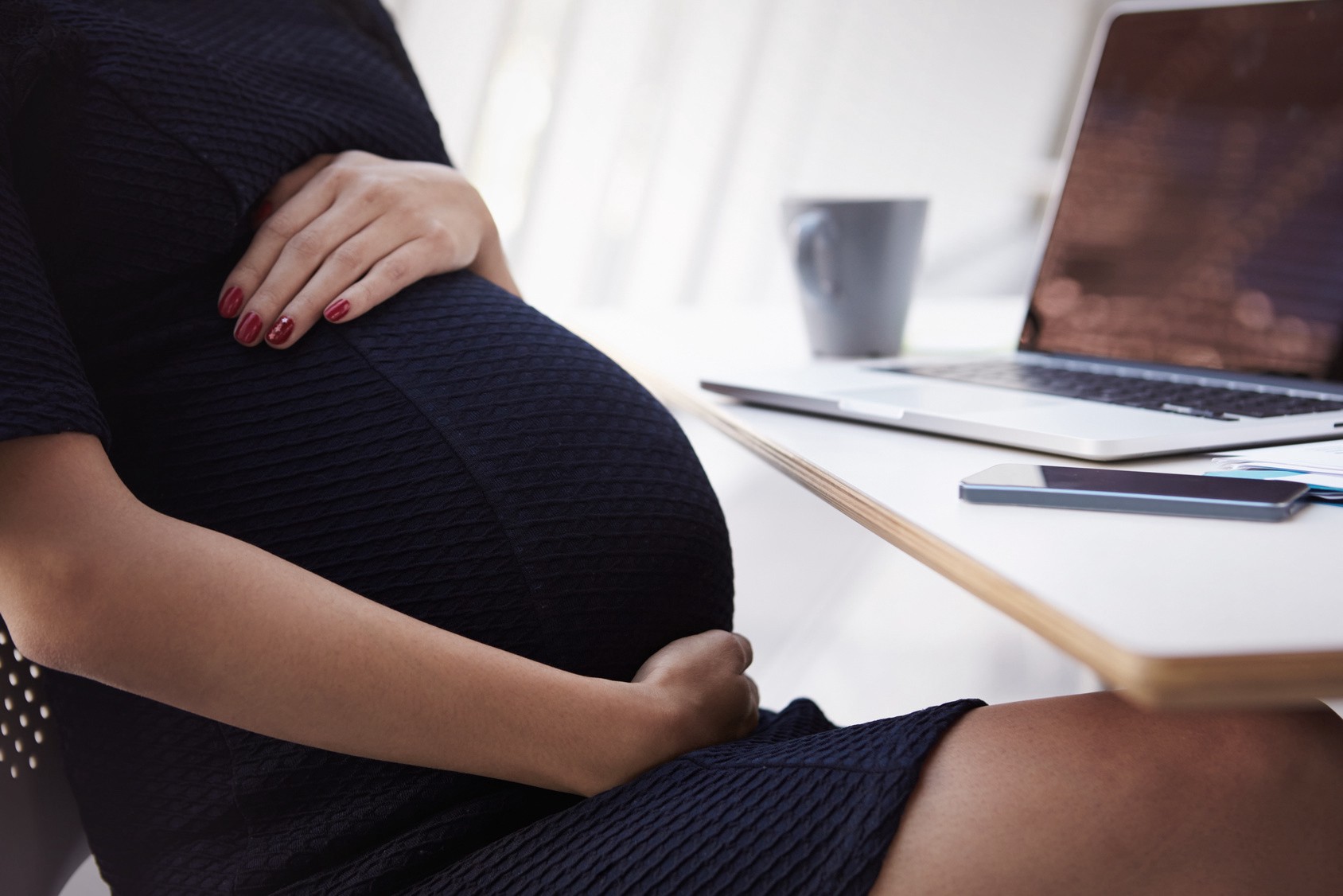 I know no parent escapes the challenges of parenthood. Whether it’s a difficult pregnancy, feeding issues, sheer exhaustion or any other number of factors — welcoming a new child into your home is both joyful and stressful, beautiful and chaotic. And for many professional women — myself included — a huge part of this journey begins with maternity leave.

Before starting my family, I was aware of the benefits and the challenges of taking maternity leave. It’s so beneficial for the health of mothers and children — numerous studies show this. Yet, the number of women who can take maternity leave hasn’t changed much in over 20 years — paid or not — and only 43 percent return to the workforce after their leave has ended.

In 2015, when I was pregnant with my first child, I took maternity and I knew I wanted to return to work. My professional identity was important to me, and even though my company, Ginger.io, is a startup (and I was the first employee to take maternity leave) they were supportive. So, I was surprised by how anxious I felt about stepping away from work.

I was worried about all of the important decisions that I would miss while I was out, whether there would be a significant role for me when I returned and how becoming a parent would impact my identity as an independent professional. I wondered if my focus on my career would shift once the baby was born or if I would I be able to handle the year(s) of sleepless nights and long work days. In talking to friends and family, I discovered that I wasn’t alone in feeling this way — many other women express the same anxieties — even though, legally, going on maternity leave shouldn’t hurt a woman’s job.

Now, as I write this, I’m 8 months pregnant with my second child and getting ready to go on maternity leave again. This time around, the anxiety is still there, but I feel much more prepared — personally and professionally. I know what to expect and how to navigate the worries and challenges that come up. If I knew then what I know now, here’s what I would tell myself:

“Don’t leave before you leave.”

As Sheryl Sandberg told students graduating from New York’s Barnard College for women in 2011, “Don’t leave before you leave.” In her speech, Sandberg was referring to how many women “back off” at work during the years leading up to starting a family. I found this advice meaningful for me in the months and weeks leading up to my maternity leave. Like the women Sandberg was referring to, I felt apprehensive about taking on new projects, making decisions and even discussing the future of my career. My maternity leave seemed to loom over me like a barrier between me and professional advancement.

I was so worried; I even went to a professional to discuss what I should do. Their advice, like Sandberg’s, was to “lean in.” I worked with them to map out my personal and professional values and the path I wanted my career to take. I felt encouraged to lean into these conversations at work. This helped me feel more at ease about taking maternity leave and reassured about my value in the workforce. With this shift in thinking, I found myself taking on new projects and making decisions for my team up to the last day before my leave.

My advice for myself (and others) now is to feel empowered to have those important conversations with your manager and other inspiring leaders in your life. Just because you’re stepping away from work doesn’t mean you can’t keep exploring what’s next.

Leave work (and worrying about work), at work.

As a professional woman at a mission-driven startup, I was used to being involved in multiple projects at a time, attending daily meetings and weighing in on almost every decision our company made. Going on maternity leave meant that, even though I was hitting pause, my team would still carry on without me. I worried about missing out on important decisions about the future of the company.

Now, on my second time around, I’m no longer worried about this. The first thing I had to learn was how to let go of what would happen at work while I was out and to have faith in my team to make decisions without me. Learning to let go has helped me become a better manager and a more productive employee; becoming better at prioritizing and trusting my team to pull through.

During maternity leave, take care of yourself too.

Before having my first child, I was used to having an active social life and going to work every day. I knew that becoming a parent would turn my entire routine upside down, but it was still a shock to go from being so active to feeling physically drained and stuck in the house. I was also caught off-guard by all of the new emotions I was feeling, such as frustration and isolation.

This is why it’s so important to remember to take care of yourself during this time too — even in small ways. Self-care doesn’t have to mean taking a spa day (even though that would be nice), it can be as simple as going for a short walk. I felt better when I made an effort to spend time out of the house — even if you’re exhausted and even if it’s for 10 minutes at first. If you’re feeling particularly low, it can also help to talk to a someone who can offer an objective perspective, like a close friend, coach or therapist, who can help you re-focus and feel grounded again.

Ease back into work.

Heading back to work can also bring up feelings of anxieties for parents — it did for me. It seemed like just when I had adjusted to my routine with my daughter; I had to go back to work. I had a hard time imagining what it would be like to leave her with someone else. I eased into the transition back to work by “practicing” leaving my daughter with a family member or a childcare provider in the final weeks of my maternity leave. First, I just took a few hours, then half a day and then a full day. I used this time to rest, socialize and prepare for being back at work. The time away helped both me and the baby get used to being apart. Eventually, I was pleasantly surprised how easy week one ended up being — and how good it felt to be at work again.

In the beginning, when you head back to work, the lack of sleep seems scary. Truthfully, my body was running on fumes for the first year — and sometimes it still does. But I found that one really amazing thing about the female body is that we’re so much stronger than we think. Childbirth and raising a child all seem scary and impossible at first, but when I found out that I could do it, from a personal and professional perspective, it became a very empowering experience.